The Broons are an 11-strong family. The members are Paw, Maw, Granpaw, Hen, Daphne, Joe, Maggie, Horace, The Twins, The Bairn.
The Broons first appeared in The Sunday Post, Dundee, in March 1936, drawn by the legendary draftsman Dudley D. Watkins.

John Patrick Reynolds is the first and only screenprinter with permission to use the images of The Broons and Oor Wullie.

John was born in East London in 1961, studied English literature at the University of East Anglia, and became a journalist. From working on local newspapers in north London to war reporting in Croatia his photography skills became more apparent leading him then to explore screenprinting at the London Print Studios in west London. He had his first solo show at the Fourth Street Photo Gallery in New York in September 2001. Since then John has secured the first licence to reproduce images from Britain's favourite post war comics. Of some of Britain's most famous characters, Reynolds says 'Dennis, Desperate Dan, the Bash Street Kids are all gifts to the printmaker - red and black jumpers, bold colours, simple outlines and the speech bubbles all make for really dramatic pictures'. John's screenprints have been shown all over Britain, and are currently being exhibited at Harrods of Knightsbridge. He lives and works in Maida Vale with his wife Kathryn, a New Yorker. 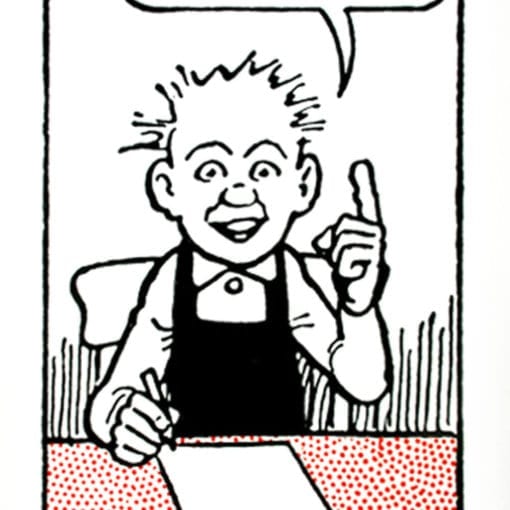 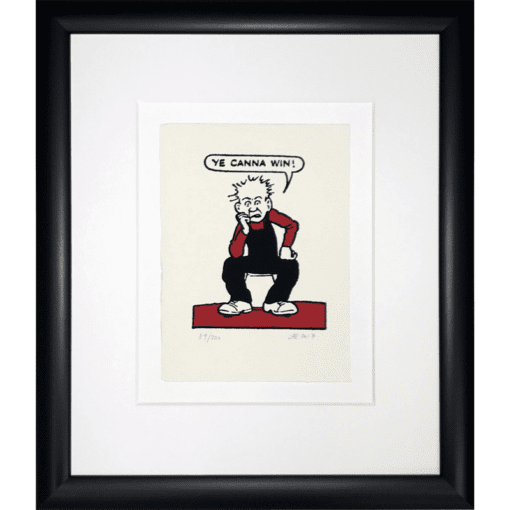